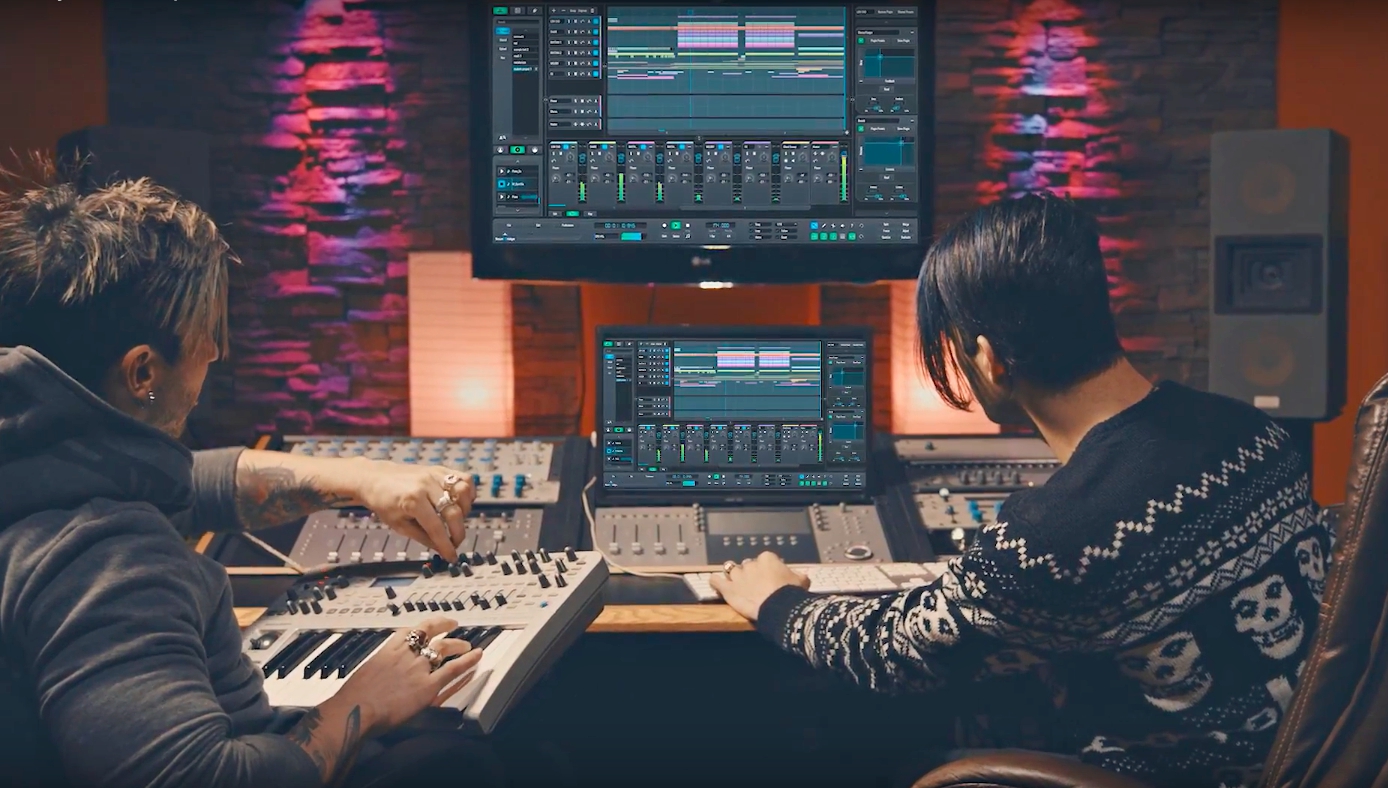 Recently, SoundBridge Academy sat down with Mikas Anguelov, CEO of WeMakeDanceMusic.com, and discussed how he got into selling project templates, what types of musicians he works with and how you could benefit from analyzing the projects of professional musicians.

Who are you and what do you do?

“Hello everybody, my name is Mikas Anguelov. I am a music producer originally from Canada and now living in Europe. I have started producing music back in the ’90s. The year 1999 was the year when I have discovered Rebirth and really fall in love with the process. Since then I have created a record label called “Progressive Groove” records. It was releasing music from the year 2000 until 2005. I have also created a website for the people to share project files and that was called “WeMakeDanceMusic.com”. This is a platform where people can buy and sell projects and of this, I will speak more a bit later. I am passionate about music production and sound engineering, making music with a computer and so on.”

How did you get into selling project templates?

“Well, I started with dance music in April 2012 after I was doing a recording session with my producer. Every Thursday we would get into the studio and create some music together. We were composing music together, I was arranging, mixing and mastering in our own studio. We would finish the project in Logic and he would send me the files. Later on, I was walking down the street and get a notification that he sent me the files and then at that moment, it struck me that I could send those files to other people. That was April 23rd, 2012 and on that very night I have registered “WeMakeDanceMusic.com”.

I had a concept in mind to sell the project files. Literally to create and sell project files so that other people can use it for inspiration, to remix, learn. It took me a few months to get the site online. So, on July 15th, 2012 I have offered around 30 projects online from me and some other producers from my record label. We had Cubase and Logic projects. It started really slowly since I did everything really manually.

Then with time and a lot of effort we have to build the technologies which enabled me to hire more producers. Now we have about 3200 templates plus some sounds, STEMS, and other things. I really thought that project templates would be the next format because the sample packs are containing only samples. With the project file you get a lot more value regarding arrangement, sound design, track composing, sound engineering, equalizing, automation, etc.

Since then 6 years and 2 months passed and I stuck with this idea because I really think that it is a great thing. On the producer’s hand, it really gave them a chance to make some revenue and without depending on the Spotify streaming. If a producer sells every project template for 10 or 12 dollars so every time it is a little bit more. By that, we can offer an opportunity to the people to maybe buy some gear. They can travel and actually make some revenue even if they are young producers.

There are some producers which are around 20 years old but they possess the immense talent and other people are buying their projects from then regardless of what the source is. Somebody will use it and it’s really a way that electronic music has been produced for a long time. So this is it, this is why I sell project templates.

What type of artists do you work with?

Well, we now have around 300 different artists and labels. We work directly with artists that are producers and we basically have people from everywhere. We have some people from Africa which produce Hip-Hop music, people from England which produce Dubstep, Trap music and so on. I don’t really think there is a common point. The newer generation probably likes to share more, while the older generation of producers demands higher value for creating music.

Nowadays everybody can do it, it is so accessible. While some people think this is really a great idea, the other doesn’t have so much interest to it. Therefore, the people that really want to produce with us can freely make an account, upload and if the product possesses a quality we will enable it and encourage the producer to upload more. Our platform is based on quality but at the same time, it is based on creativity as well. Music is really and drastically personal. The people we work with go really from professional producers that have a video on TV and produce for movies all the way to little bedroom studio guys which are 15 years old which still makes some bangers. Today everybody can make music with a computer.

How can a person new to music production benefit from a project template?

I think that people who started making music who are new to DAW can download some of our projects and produce music with only Ableton or Logic. Without including any plugins they can get a really good idea of how the DAW works. They can see how it’s laid out, how the busses function and so on. If you have a track that is completed we can really give you a good idea of how to lay a track. You can reverse engineer it.

You can look into the processes, play with the MIDI`s and look everything that has been done production wise. If you go a bit deeper and you already produced music for a little bit and you already got some plugins installed, you can get some really advanced project and then you go to advance routing, sidechaining and all of the production aspects.

Even the arrangements are there for you to understand. You can get the idea of how professionals create a track. I think that for a beginner that never used a DAW and then got Logic Pro is really beneficial to download a couple of professional project templates. Our site includes an unlimited download for the lifetime. So, once someone downloads something he will have it forever and he can download it as many time as he wants from different computers. He can do pretty music what he wants except obviously to release a track made from the project template.

What other services do WeMakeDanceMusic.com provide?

We, of course, have much more than templates. We have more than 3200 templates for Ableton, Logic Pro, Cubase, and FL Studio. On top of this, we started to build a very large collection of sounds. That means we have lots of presets as well. We also have sample packs, construction kits. Some of them are loop-based, some of them are synth-based, vocal pack, acapella. One of the things that we have introduced lately is remakes.

The most popular songs like the last David Guetta hit that was on the radio, some of our producers remade it completely from scratch and we even got a singer to re-record a vocal. We sell that kind of projects as projects or as STEMS or as acapella. This can be a really good resource for DJ`s to use it in their mash-up versions. They can make their own interpretations or for aspiring musicians to make covers on YouTube.

We have STEMS that are full-length tracks you can drop into any DAW and basically make a track. Some of those include MIDI presets so you can make a music bed so you record more music, to create more music. Of course, it’s always about getting inspiration from other people.

We also have services which are unique to us. I believe we don’t want to do that on the web openly. So,  we get the producer to send us the project file, which is Ableton, Logic Pro or FL Studio, and we hope we have the plugins. So we take the perfect file and we rework it and then we send it back to you, so we have different levels of this services. I think it happened to everybody to get a little bit stuck and need a bit of help. Therefore we take our experience, we put it into your project and send it back to you.

That means, if you are making a funky house track and you are a bit blocked with the arrangement or you don’t know how to push it to the next level, you can send it to us. We will work on it a couple of times. Exchange the project with you back and forth. Finally, you will get a finished track of next level of knowledge in producing. We are sending it to a producer that is really one of the best in that genre of music and he puts his input to it. I think this is really a valuable service for a wide variety of producers.

We are also creating custom templates. If somebody, let us say, likes some track from the particular genre so much and wants to produce a track like this, then we can make a custom template for that person. We do custom remixes and specific genres, so you can send us your track and we do a remix.

Let’s say you like ASOT kind of heavy trance music. You can send us maybe your progressive house track and we will rework it. We only take payments and we don’t take credits for what we do. You are paying the work by the hour. Once the track is done you will have it and take all the credits. Besides that, we also do services for mixing and mastering complementary to all the work we do.

How can we find more info about WeMakeDanceMusic.com?