Tone shaping plugin units that offer various sound processing options are not a new thing, but some of them are ahead of others in terms of sound quality and ease-of-use. Recently, Waves Audio presented us with Scheps Parallel Particles, and we will present it in the next tutorial.

We will use Scheps Parallel Particles on the drums and master channel in the short loop sequence that I have previously done in SoundBridge: DAW 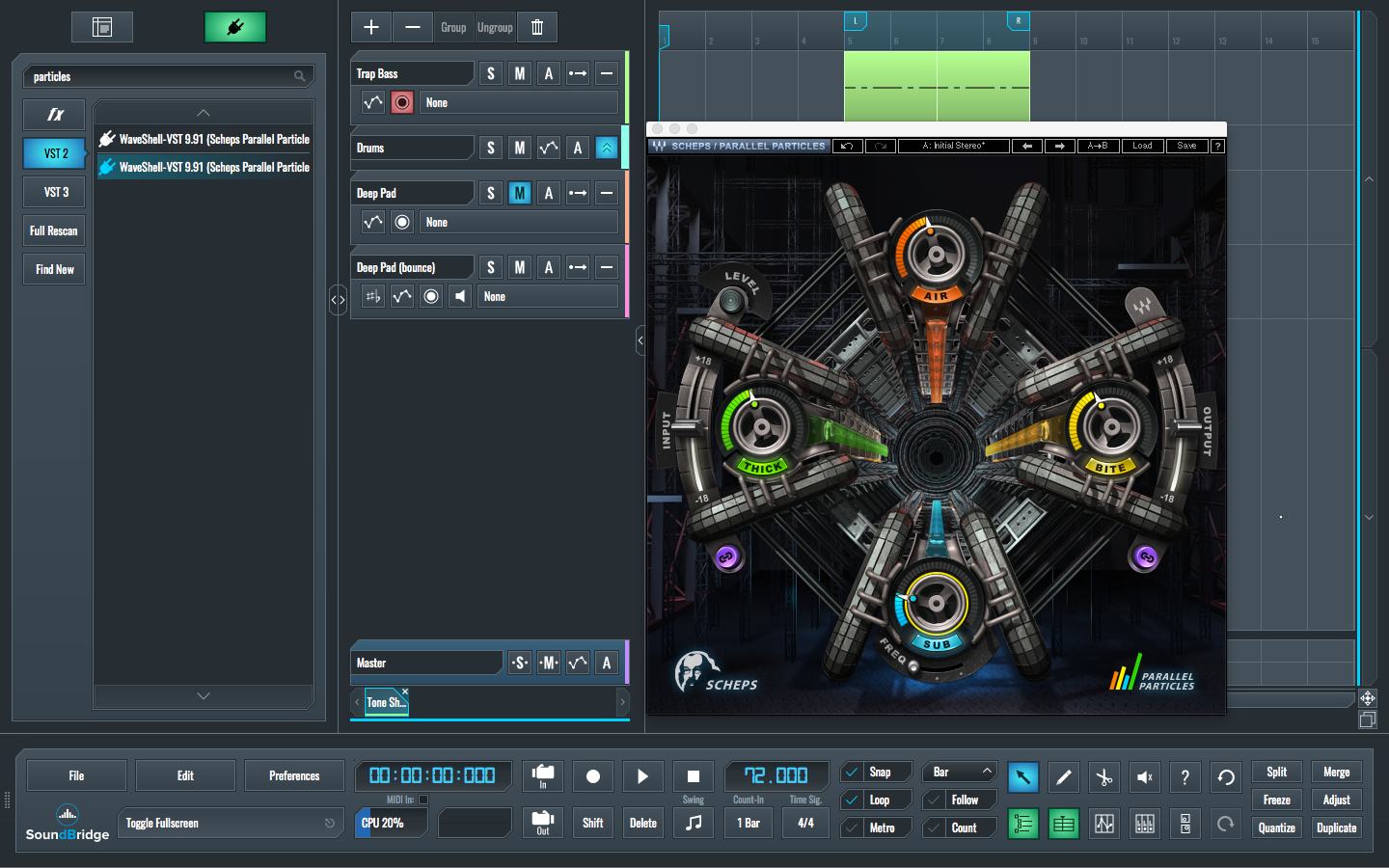 A harmonic generator that creates low`s and adds sub frequencies that were never there before. By working more with resonance than EQ, it’s a great way to create a presence in the low end without things getting out of control.

Focuses on those elusive air frequencies and brings them to the forefront. Like Sub, it is a harmonic generator which creates innovative resonances that do not exist in your source. Traditional EQ can sometimes magnify unwanted noise or artifacts, but this control circumvents this issue by synthesizing the top end from existing lower frequency material.

It is designed to create sonic vitality and emotion. It controls the front ends of the notes (those that reach your ear first), but it also has a significant impact on the release. Furthermore, it can be used on anything to make your sound more aggressive. A singer will sound more energetic; a snare drum will have more attack, a bass guitar will sound more present, and so on.

Adds solid body to the signal, evening out the lower mids and midrange. Consequently, it creates a feeling similar to that of a microphone being a little bit closer, or the room ambiance being darker.

Separately, these controls work in very different ways to shape the vitality of the sound. In combination, they can let you dig in and make massive changes subtly.

Now let’s first hear how our drum group sounds unprocessed and then processed with Scheps Parallel Particles. Afterward, we will apply it to the master channel as well.